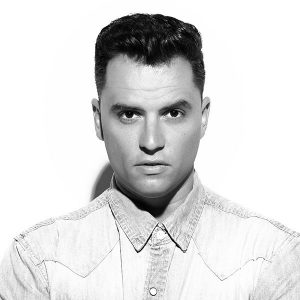 When an artist such as Tiësto focuses on someone, you know it’s not merely a matter of chance. It has been Jose De Mara’s work that has helped him to his well-earned position in the electronic music industry.

Jose De Mara, born in Madrid, started in the production world under the pseudonym “Raver”. He attracted attention with his sound-engineering knowledge on his first work of other artists, like Armin van Buuren, Paul van Dyk, W&W and Cosmic Gate. After that he began a music career closer to the house scene, without losing his musical roots. He has been receiving special support from big EDM names like Tiësto among many others and is often working with labels like Spinnin’, Kontor, Juicy, or his brand new label Arcadia Records, reaching his turning point as an artist. For all his work and many more he was nominated for “Best Producer / Artist” by the Spanish ‘Vicious’ Dance Music Magazine (2011, 2012).

His songs with DJ Sammy have allowed him to work with some of the biggest names in EDM such as Jean-Baptiste (music producer of The Black Eyed Peas) and Grammy winners Jackie Boyz, even making a co-production of a remix for George Michael’s latest album. Giving him a great experience as a producer. His first three solo singles were released by the renown Dutch label Spinnin’ Records. The first one “Higher Then The Clouds” alongside the famous UK singer Shena, got attention of the international mainstream scene and reached high in the charts in countries all over the world.

In 2012 Jose De Mara started his own record label called “Arcadia Records”, once again getting the support of DJ Tiësto, including many of his work both in the charts and on his radio show. Also his remix of DJ Sammy’s “Look For Love” exceeds 5 million views on YouTube. His 2013 solo single “Nothing Wrong With You” got the support from worldwide top 10 artists like Tiësto and Dimitri Vegas & Like Mike among others. One year later his solo single ‘Mambo’, released on the label Juicy Music by House legend Robbie Rivera, got into Beatport’s ‘Electro’ Top 50. And to nicely top this list off; his 2015 radio release in Spain ‘Our Kingdom’, a collaboration with Abel Ramos, went straight to #39 in the main Spanish radio chart ‘Los 40 Principales’.

As a DJ his visits to Pacha New York, Privilege Ibiza or his gigs in countries like Switzerland, Brazil, The Netherlands, Lithuania, Albany and others, have provided a new perspective of clubs for him. Therefore we can expect a leap from this talented DJ/producer who is expanding his name all over the world.