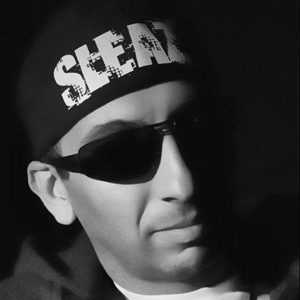 Born in Marseille, France, and currently based in Miami, Florida, Laurent Simeca also known as DJ Pedro holds a highly coveted residency at two of Miami world famous clubs: MANSION and Cameo. With previous residencies at the world renowned Crobar (now Cameo) and Nikki Beach on his resume, Laurent has made his presence felt as one of the hottest talents on the scene for many years now. As a producer, and after established himself as leader in the club House music scene making some of the finest dance floor cuts under the aka ,"DJ PEDRO”, “KLUSTER“,“ SWINGFIELD “,‘K.I.D’, “ THE SLASHERS “,‘COLDFUSION “,” DR FLASH”...

Laurent already have 3 Number 1 hits singles across the globe under his belt: Kluster “My Love “and “I feel Love “in 2002, and Queen Vs the Miami Project. “Another one bites the Dust” rework released on Positiva label in 2007 ,the track became an international floor-filler for several months, following rigorous outings in Miami then Ibiza, then ending up Number 1 in the U.K Charts!

Laurent has been remixing the biggest names in the industry for more than 15 years, from Lenny Kravitz, Brandy, Duran Duran, to Dirty Vegas, Bob Sinclar or AVICII, and the list can go on... In 2008, he hit the top of the charts again on BEATPORT with his wicked remix of “Strike Me Down” which kept its spot for a dedicated 2 months and was played out by any and every DJ worldwide. Not forgetting to mention his tracks being found on mix compilations by the likes of Roger Sanchez, David Guetta, Tiesto ,Junior Jack and again, too many more..

With his recent rework of The Police’s “Roxanne” and remixes for classic “Touch Me” and super rock hit “Losing My Religion”, he proves that he remains a role model for the young up and coming producers and DJs from all around the world.

His latest track called " Miami " came out in march on U.K based label Cr2. Cr2 has been home to some of dance music biggest hits over the last 5 years so expect big things from that one. His new single " on Fire " has been released on German based label " Caballero " and is already one of the top 10 tech house track sold on Traxsource for few weeks. And his next remix work, a stunning rework of Roger Sanchez’s epic track “Turn On The Music” just confirms he’s at the top of his game and that 2012 is shaping up to be his biggest year ever!

What he produces is what he plays, moving between the vocal house productions and the more big room dirty slamming electronic productions, he’s currently on fire…

Laurent Simeca list of accomplishments under Kluster are many:

- “ Back to the Funk “ their very first single went all the way to N. 2 In the UK on the formerly RM ( Now Music Week ) club chart, the European industry’s house music authority.
- “ My Love “ featuring the vocal of Ron Caroll hit Number 1 on the major UK and French charts. It also hit top placement in major charts in other European and North American charts.

After falling in love with their music, Bob Sinclar and Junior Jack willingly contributed incredible remixes to Kluster’s “ My Love “.

The success of the track lead them to take their music on a worldwide tour, blending both the live sound of stage musicians with impressively powerful production. They performed some of their music in front of 200 000 screaming fans in Malga,Spain. In 2002 the follow up “ I feel love “ did the same damage worldwide, giving them a second Number 1 hit across the globe. Their production work can be found on the 1 hit of Phatts & Small “ This Time Around” ,Wuz ( Alex Gopher and Demon ),Ron Carroll and many more.