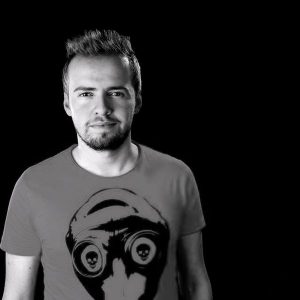 Zakaria Hadji alias 24-year-old Zakfreestyler has been able to distinguish himself since 2008 in electronic music and has taken advantage of his skills to make his career evolve in a meteoric way. His creativity and his technique have helped to make him an inescapable artist.

In 2009, Zakfreestyler worked seriously and made several Bootlegs supported by Thomas Gold, Joachim Garraud, Madeon, Abel Ramos, Michael Brun, his work bears fruit as 2010 was the year of revelation, this young talent previously unknown emerging in the scene and radios of his home country and abroad.

One of the best DJs in terms of bootlegs, this DJ has become known on the international stage with his bootleg of Abel Ramos Vs Swedish House Mafia - Vodka My Friend Vs. Miami To Ibiza which has been supported and supported by several DJs including Abel Ramos, Monica X, Thomas Gold ...

DJ resident of the concept BLACKOUT always beside Ihan, a phenomenon that touches an incredible number of people putting in exceptional evenings sold out.  DJ resident of the biggest aquatic club of Algiers in 2011 and in 2012.

Dj resident of Mibri Club Mix a program broadcast every Thursday at 20.00h on the youtube channel of mirbi.

Like most world-renowned DJs, DJ Zakfreestyler has embarked on production, a good way to promote his art and his name

Then, Zakfreestyler continues with his future track DAMN, in collaboration with Deen Creed, already supported by the djs resident of Tomorrowland Yves V on radio FG Belgium.

Trying to surpass himself Zakfreestyler is preparing collaborations with Deen Creed including a remix for Edhim (dj resident of queen club, paris) with the famous singer Max C, he also managed to remix The dj resident of the concept Ministry Of Sound Patrick Hagenaar .

DJ Zakfreestyler has lived up to his talent and wreaked havoc throughout his short career, which is just beginning.