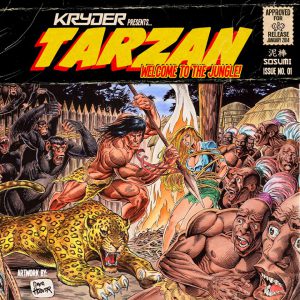 Tarzan (Welcome To The Jungle)

Kryder finished the latter stages of 2013 with two of his biggest hits to date with “Aphrodite” and “Pyrmd” released on Axtone Records and Protocol Recordings respectively.

This time around Kryder teases us with the first release from his Sosumi Record Label. “Tarzan,” a crisply produced, drum-driven output that creatively samples Tarzan’s iconic yell.

One of 2014′s future stars, Kryder debuted a guest mix on BBC Radio 1 during which he hinted at the tons of new material and collaborations he has in store for the coming year.

Receiving support from the likes of Sunnery James & Ryan Marciano in their debut Essential Mix.